The decommissioned heritage crane has been a static display feature at the Wharf for over twenty years and acts as a breakwater. Due to its poor condition it has been closed to the public for close to a decade.

According to NZ Maritime Museum Director Vincent Lipanovich, construction for the America’s Cup has brought the timing to exit Rapaki forward.

This has been a very difficult decision and one we did not take lightly,” he said. “As kaitiaki (guardians) of this heritage vessel, the Maritime Museum and Regional Facilities Auckland have explored all other practical options to save her.

“In her current condition Rapaki is uninsurable and the costs to restore her are prohibitive. As well as the estimated cost of up to $10 million for full restoration of the whole vessel, there would be significant maintenance required every ten years.

“While it is not possible to save Rapaki in her entirety, we are committed to meeting our heritage obligations and our duty of care to retain and store what we can for a future industrial maritime display. We are also working with the Maritime Heritage Trust of Wellington, the Auckland Steam Engine Society and the Toroa Restoration Society to identify items of interest.

Lipanovich puts the estimated cost of exiting Rapaki up to $1.2m  ̶  this will also cover costs for a temporary breakwater to protect the marina.

As part of the America’s Cup Hobson Wharf extension, a permanent breakwater will be built at the end of the wharf – to be completed as part of the AC36 programme of works. This is set to be a major improvement for the marina which is home to several heritage vessels.

Rapaki is a Scottish constructed steam crane built in 1926.  She was involved in the industrial life of maritime New Zealand from her arrival in the country in 1926 to her retirement from service in 1988.

Serving in the Lyttelton Harbour for 62 years, Rapaki was also requisitioned for World War II, building bases throughout the South Pacific. She was also involved in the construction of the Auckland Harbour Bridge.

Rapaki came into the Museum’s collection in 1993 and was last steamed up in 2001. For many years she was available to the public to walk aboard, but her condition has not allowed this for nearly a decade. 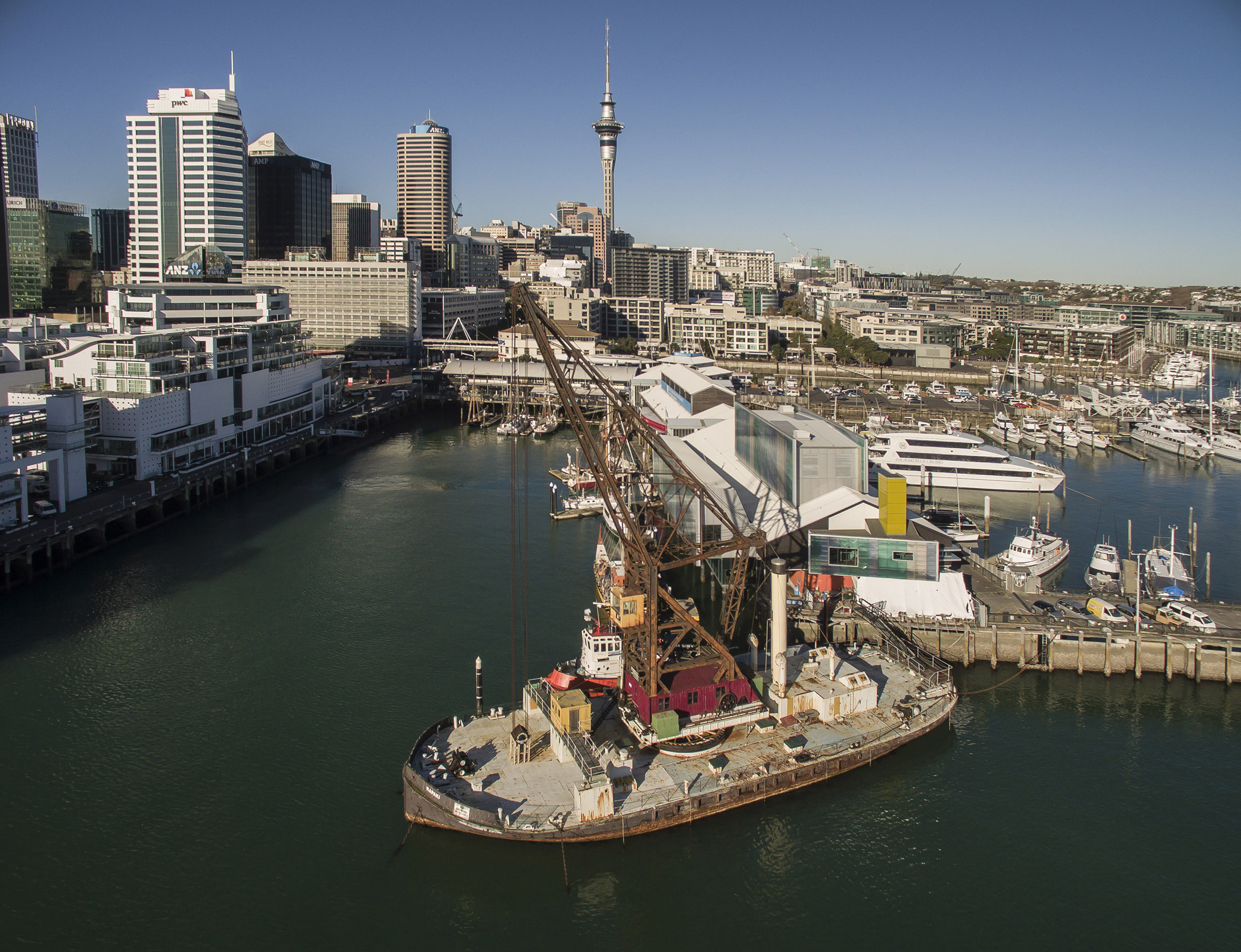 We are committed to meeting our heritage obligations and our duty of care to retain and store what we can for a future industrial maritime display.