A large-scale digital work by renowned New Zealand artist Lisa Reihana is immersing viewers in a visual spectacle, telling the traditional Māori story of the origins of our world.

Commissioned by Regional Facilities Auckland (RFA), the permanent installation was officially unveiled by Prime Minister Jacinda Ardern on Thursday, 30 January in her capacity as Minister for Culture and Heritage.

Ihi fills two floor-to-ceiling spaces in the Aotea Centre foyer, enthralling viewers with the story of Ranginui and Papatūānuku playing out on 65 square metre digital screens. This makes it one of the largest and most significant works of contemporary Māori art in Aotearoa New Zealand.

Lisa’s previous work, which includes Digital Marae 2001 and the iconic in Pursuit of Venus [infected] received international renown and has had a significant impact on the reputation of Auckland and New Zealand. The new piece is set to become one of the country’s iconic works of art.

In his speech, Auckland Mayor Phil Goff said the work will be a significant drawcard to Auckland’s Aotea Arts Quarter.

“Like other world-class cities, such as Melbourne with its Federation Square, and London with the Southbank, Auckland needs public spaces that proudly showcase our identity and our stories.

“Ihi is not only a fitting centrepiece for our Aotea Arts Quarter, it is also an important addition to our rich Māori arts and cultural landscape.”

“Aotea Centre forms the heart of so many important arts and cultural activities in Auckland,” he said. “We now have a modern venue that is accessible for all, and this stunning artwork makes it even more inviting for our visitors.

“Most importantly, it celebrates Te Ao Māori. As kaitiaki for arts and culture, our role is to nurture and celebrate this heritage.

“We recently renamed Aotea Centre’s Kiri Te Kanawa Theatre to recognise a great ambassador for the arts and for New Zealand. Now we have Ihi, by one of our country’s most celebrated Māori artists.”

“It is incredibly exciting to see a spiritually rich and poignant relationship between mother and son told in an active public space. Ihi, is a slowly revolving, cosmic journey which collapses the creation of the universe, as an ancient narrative that is at once alive and ever more present within us for Lisa’s telling of it. This commission is ambitious, brave and entirely transforms the Aotea Centre. Ihi will have a profound impact on our public art environment and future ambitions. A new benchmark has been set.” 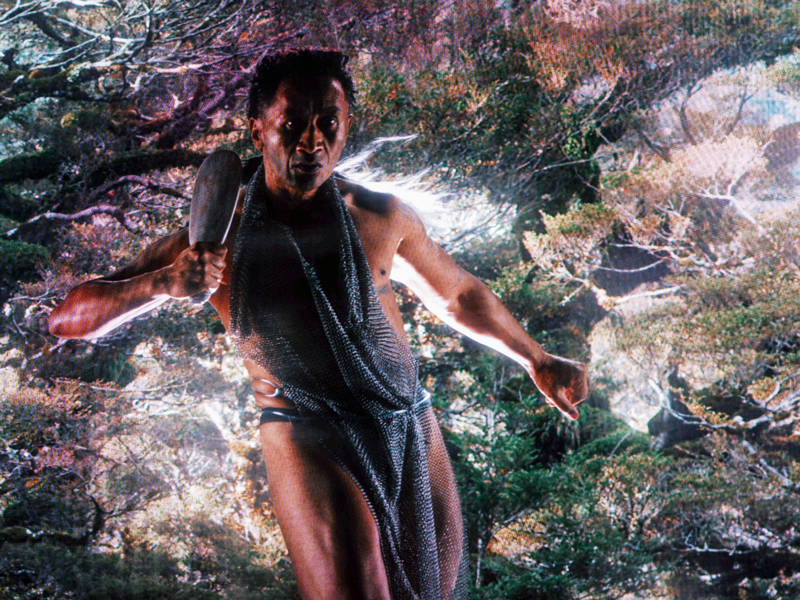