A secure population of one of New Zealand’s rarest skinks, the critically endangered Chesterfield skink has been established in captivity, with support from the Endangered Species Foundation (ESF) and Auckland Zoo.

In 2017 the entire population was estimated to be fewer than 200 individuals. However the species was seriously impacted in February 2018 when tidal surges created by Cyclone Fehi destroyed almost half of their habitat. With the threat of coastal erosion increasing, DOC staff and volunteers caught 50 animals over the following months and had them flown to Auckland Zoo where a captive population has been established.

Auckland Zoo’s Curator of Ectotherms & Birds, Richard Gibson, says he and his Ectotherm team are delighted to be contributing their skills and expertise to caring for and safeguarding these rare New Zealand taonga.

“It’s fantastic that DOC was able to rescue these Chesterfield skinks. Here at the Zoo, we’ve created an environment for them to carefully replicate their natural West Coast micro-habitat and climate so that they can continue to display all their natural behaviours. All of this husbandry is to help maximise their chances of survival once they are able to be returned to a safe area in the wild.

This is the first time Chesterfields have ever been cared for in captivity, so we’re also observing, recording and learning everything we can about them to share and help us all gain a greater understanding of them to assist their future conservation management.

“Auckland Zoo’s ability to house 50 animals with less than 24 hours’ notice was critical at the time of the rescue and the Endangered Species Foundation provided much needed funding towards the set-up costs for looking after the skinks,” she says.

ESF Co Chairs Grant Leach and Rose Hiha-Agnew say that the Chesterfield skink is one of the ten most endangered species in New Zealand. “The plight of the Chesterfield skink highlights the impact that habitat loss and predation can play in driving extinctions of species. Thanks to a private donation, we had the funds to help out with the rescue then and there.”

Fiona Anderson says the next step is to build a predator-proof enclosure at the site. “We’re working on finding an area of suitable habitat for the skinks that is less prone to erosion, where a predator proof fenced area will provide protection from mice, feral cats, stoats, and rats who view skinks as snack food. Once this is complete, and predators have been removed, we’ll return the captive population to the fenced area.” 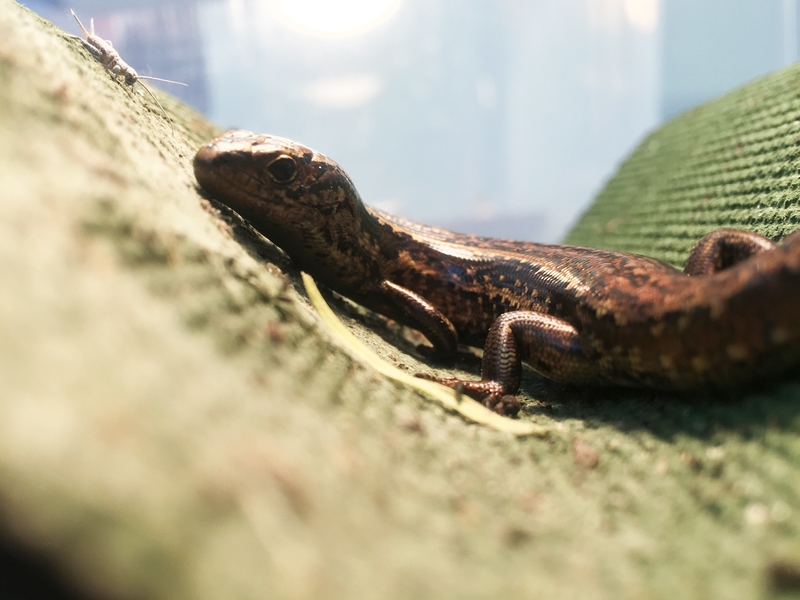 Once the predator-proof enclosure is complete, and predators have been removed, we’ll return the captive population to the fenced area.