An upcoming exhibition at the New Zealand Maritime Museum Hui Te Ananui A Tangaroa, recognises the exceptional feats of Māori, Pacific, and European navigators and voyagers, and much more besides.

Tākiri: An Unfurling considers the ongoing impact of the early encounters between Māori and Europeans through new works inspired by taonga and artefacts.

Each artist investigates aspects of navigation, migration and voyaging, loosely related to contact with those aboard the 1769 voyage of HMS ENDEAVOUR— including the Polynesian navigator Tupaia, and Captain James Cook.

In a large-scale illustration Arapere honours the master navigator Kupe, among others. In a series of portraits Togo-Brisby draws on Cook’s exchange of ship’s medals to highlight the traumatic impact of trade. And Grace has created a kahu toroa (albatross cape), referencing those sacred birds keenly looked to and for by ocean navigators.

Museum artefacts are also given some air, and reframing. Models of waka accompany Arapere’s work. A RESOLUTION medal from Cook’s second voyage in 1771 pairs with Togo-Brisby’s photographs. A ship’s model made of albatross breast bone thought to be associated with one of Ernest Shackletons’s expeditions, as well as an albatross egg collected in the early 20th century, sit alongside Grace’s kahu.

The exhibition’s curators are Bridget Reweti and Linda Tyler. The contemporary works will remain in the Museum’s collection, lending complexity and perspective to the stories that define Aotearoa.

An extensive public programme wraps around the exhibition, and includes workshops on weaving and celestial navigation; sessions on native plants and the politics of mapping; a conference on seabirds; and the welcoming of the Tuia – 250 flotilla of Māori, Pacific and European vessels to the Museum’s marina over Labour Weekend (26 — 28 October).

Tākiri is part of Tuia – Encounters 250, a Ministry for Culture and Heritage-led national discussion and debate, acknowledging 250 years since the first sustained onshore meetings between Māori and Europeans. 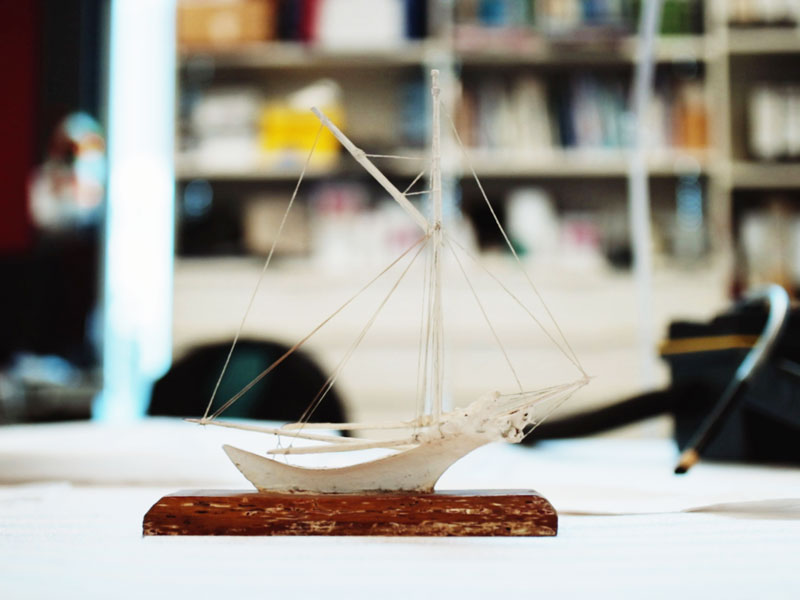 Responding to one of the most significant maritime events in Aotearoa's history, this will be the New Zealand Maritime Museum's largest temporary exhibition in its 26 years of operation.